Front end of new projects: The challenge of engaging clients,bosses and colleagues 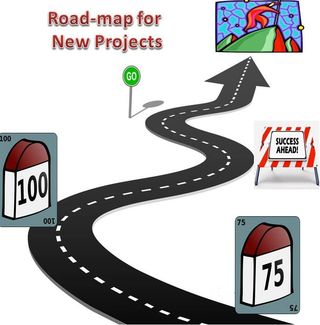 The primary challenge for their innovation teams, according to the Innovation head of a Fortune 50 corporation, is to consciously engage the bosses at the front end of the project. The bosses sign off on initial costs and then when things progress to the stage of making prototypes and trial production- the bosses suddenly wake up. "I never realized that there are such big costs involved,down the line..." is a common refrain. For example,  a new project team asks for a $200,000 for initial market research, focus groups and web data analytics - the bosses of the 50 Billion $ company don't flinch. Things look positive after initial research and now a prototype making plan and concept testing  involves $5 million. The amount seems huge and top management seems to balk. The same story repeats with customers and colleagues who don't mind putting out some money initially and then get nervous when it is time to go Big or go home.

Here are some suggestions for all those entrepreneurial project leaders out there, who wonder why there is so much push-back after new projects  have crossed initial performance hurdles and its time to scale and see the real payoffs: